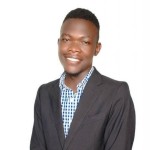 Lira’s celebrated Mc who doubles as an artist last night was assaulted by unidentified Criminals, and nursing his wounds in one Clinic within Kakoge , Lira City.

Oceng Rock narrated his attack as being planned.

“The man entered my house and flashed my eyes with a torch and hot me with a brick”,  Rock narrates.

When asked whether the case was reported to the law authority, Rock told Our reporter that he could not report the case to Police since he didn’t want to bother himself without evidence.

Rock Mc later on posted on his Facebook timeline cursing the attacker for hurting him.

Recently, several criminal activities have been happening in the city.

One of which included a threat to the Resident City Commissioner  Egole Lawrence who was sent a box of Bottled Urine by unknown Criminals.

Police spokesperson previously told Voice of Lango that they are working all through the clock to ensure the safety of People in Lira City.

Trona appreciates her fans, friends, and family for standing with her during the burial of her mother.

Mrr Berry and Starboy Douglas Promota Madoro finally puts pen to Paper for a 2year Contract of Management. But the question right now is, how...

What do you expect in the president’s state of the nation address today?